ONLINE OR NOT ONLINE: BUYING HABITS THAT CAUSE GLOBAL POLLUTION 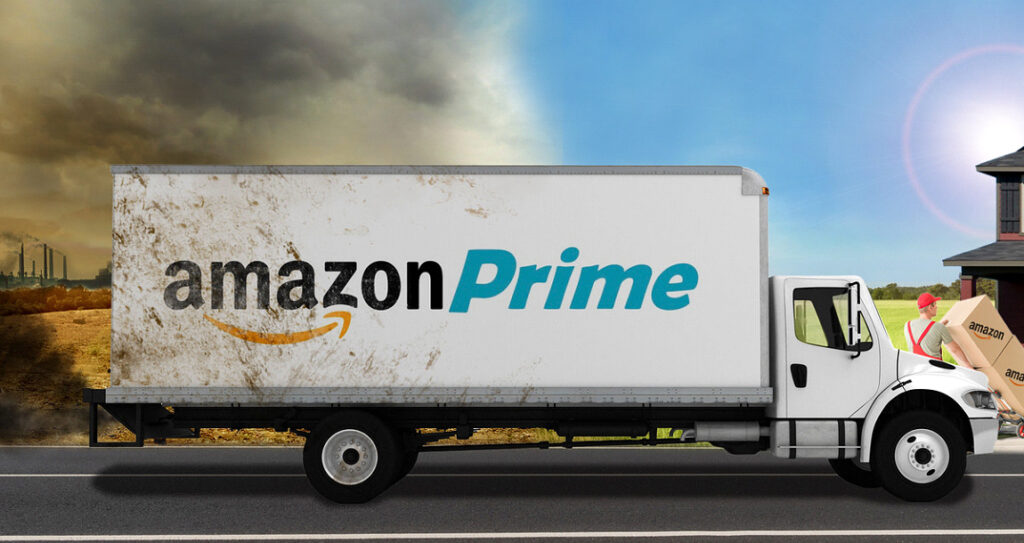 What are your shopping habits? How do you shop for food? Where do you buy Christmas presents? Answers to such questions define buying habits that make up statistical data and then can be (and have already been) used to draw a bigger picture about the world we inhabit.

The final week of winter was marked by bad news for the environment. A recent research revealed that online shopping appears to be worse than driving to a store. A scientific journal Environmental Science & Technology issued by the American Chemical Society published a study by a group of scientists who evaluated carbon footprint. It took the researchers 1.5 years to investigate the impact consumers make on the environment when they shop in different ways.

In a nutshell, walking to a physical store is the most eco-friendly way to do the shopping. But what’s next? Next you might take a car and the carbon story begins… The researchers modeled the route from the factory to the customer and analyzed the carbon footprint of the “last mile delivery.” They differentiated three most common ways of shopping: physical stores, brick & clicks (delivery from stores after an online order), and online purchases.

In the course of investigation, the researchers identified that total greenhouse footprints per item bought though bricks & clicks purchases result in lower figure of carbon emissions in 63% cases of shopping. This means that about two thirds of brick & click orders produce less pollution than when a person drives for shopping. Another comparison is between physical stores and online sellers (“pure players”). The study concludes that the carbon footprint is higher by 81% of shopping events in pure players than physical stores. Such statistics concerns the United Kingdom. The same modeling for the United States revealed identical hierarchy of greenhouse contributions.
Meanwhile, one of the researchers highlights, “This pattern holds true in countries where people mostly drive. It really depends on the country and consumer behavior there.” The world’s largest retailer Walmart also states that there is no single answer when one asks which channel is more eco-friendly. In 2017, Walmart published a report «The Emissions Implications of Modern Retailing: Omnichannel vs. Stores and Online Pure-Plays» where the company highlighted that customers’ lifestyle and purchasing patterns are not static to come to any conclusions.

In the search for eco-friendlier strategies, both Walmart and Amazon focus on sustainability and commit their operation to more environmentally safe interactions with customers. In particular, Walmart provides electric vehicle charges and aims to reduce emissions along the transportation routes of their global chain. Meanwhile, Amazon seriously challenges the climate change. In accordance with Paris climate agreement, the company’s goal is to become carbon neutral by 2040. They also ordered 100,000 electric delivery vehicles which they plan to start using by 2021 and reach their full electric delivery capacity by 2030.

While online shopping is an increasingly popular activity even for buying as minor item as glitter glue (which is environmentally harmful by default), the issue of “online shopping carbon footprint” is not exactly breaking news.

In 2014, Germany traced shopping habits of European population. The article at a German site Alumniportal starts with a local statistics, saying that 65% of Germans prefer to buy online. Back in 2014, the arguments that “online shopping is better for the environment” were still a topic for discussion. The source states that the arguments are plausible. The information presented more than 5 years ago also concludes that buying behavior greatly defines how big carbon emissions would be. To add the arguments against online shopping, the article states that one third – or 250 million – packages are returned. This means that the order will come, will be sent back, and maybe replaced by another one with additional shipping.

A set of solutions presented in that article suggests that reduced emissions can be possible if:

Another clap of thunder was heard in 2016 coming from The Guardian. The article baldly asked the question “How green is online shopping?” Apparently, it is not. But why not restating it again with a new study. This time the research concerns increasing online shopping that effects road congestion and results in the elevation of CO2 footprint. Having delivery trucks in focus, the article highlights that these vehicles produce fine particle matter, or PM 2.5, that accumulates in lungs and results in their dysfunction. The researchers processed an immense data provided by delivery companies about their vehicles to make relevant calculations. The simulation resulted in a controversial data, because, at the same time, a big part of the research was based on students’ responses. But this fact was not the reason to write about other researchers and outline the scale of the problem again.

An interesting alarm clock went off on Black Friday and Cyber Monday in 2018 warning that “December represents an astonishing climax of consumer activity” (Miguel Jaller for Vox). The time between Thanksgiving and New Year is the most intense delivery season equaling 15% of the entire year delivery record. According the US Portal Service, this figure was estimated as 850 million deliveries. Significantly, in 2016 transportation became a bigger carbon dioxide contributor than power plants. This is shocking and leaves speechless when a common buyer consumer obviously does not imagine a delivery truck as a substantially threatening source of global warming. But what a consumer can do is to be conscious, because as Jaller claims, “Companies won’t change unless consumers push them to.” At the time of competition and fast delivery as a competitive advantage, delivery strain and carbon footprint will increase. Apart from conscious shopping strategies, consumers may also be offered “green shipping” which is slower but more environmentally friendly. Again and again throughout the articles, the last minute delivery is a matter of customer’s choice and deliverer’s strategic planning towards zero carbon footprint.

Lastly here, “Why Internet Shopping Isn’t Always Better For the Environment.” This article headline is a question that was answered less than half a year ago. Heather Farmbrough, business writer for Forbes, reports that between 2018 and 2021 the figures of e-retails sales will rocket from $2.8 trillion to projected $4.8 trillion. While the number almost doubles, no doubt that the carbon impact curve will follow in the same rising direction. Referencing the German report named earlier and other alarming findings, the writer focuses on the last mile delivery as the main point of concern. Having this in mind, Walmart and Amazon develop relevant strategies. Farmbrough also believes in the power of electricity, naming Volta Trucks who are ready to launch their electric delivery trucks as soon as in summer 2020. Another company in the line of the environmentally-committed is the British online grocery store Ocado that aims to produce zero carbon emissions by 2045. This is a little longer way to perfection than Amazon, but the better future is concentrated somewhere around 2040. By the way, the author’s article names Amazon’s carbon footprint, which exceeds 44.4 million metric tons of CO2 emissions.

As seen from the set of articles throughout years, there are reoccurring themes and details that outline the CO2 tendency. Delivery trucks are dangerous as they are now and need to be replaced with electric alternatives. Otherwise, PM2.5 and other harmful particles and substances will continue affecting both environment and health. Since 2016, we are facing the global flop in carbon emission contributors’ statistics. Trucks that congest the streets create more pollution than power plants. The last mile delivery is the focus of scientists as well as delivery giants that use online orders. Big corporations comprehend the extent of their footprint and adopt new technologies to become more environmentally friendly. On the level of a buyer, individuals also bear responsibility. Shopping habits should be sensibly aligned in tune with the latest scientific findings and general guidelines should become a common practice. While deliverers start offering greener delivery options, customers may accept an inevitable increase in the delivery time to be a part of the changes for a better and cleaner future. 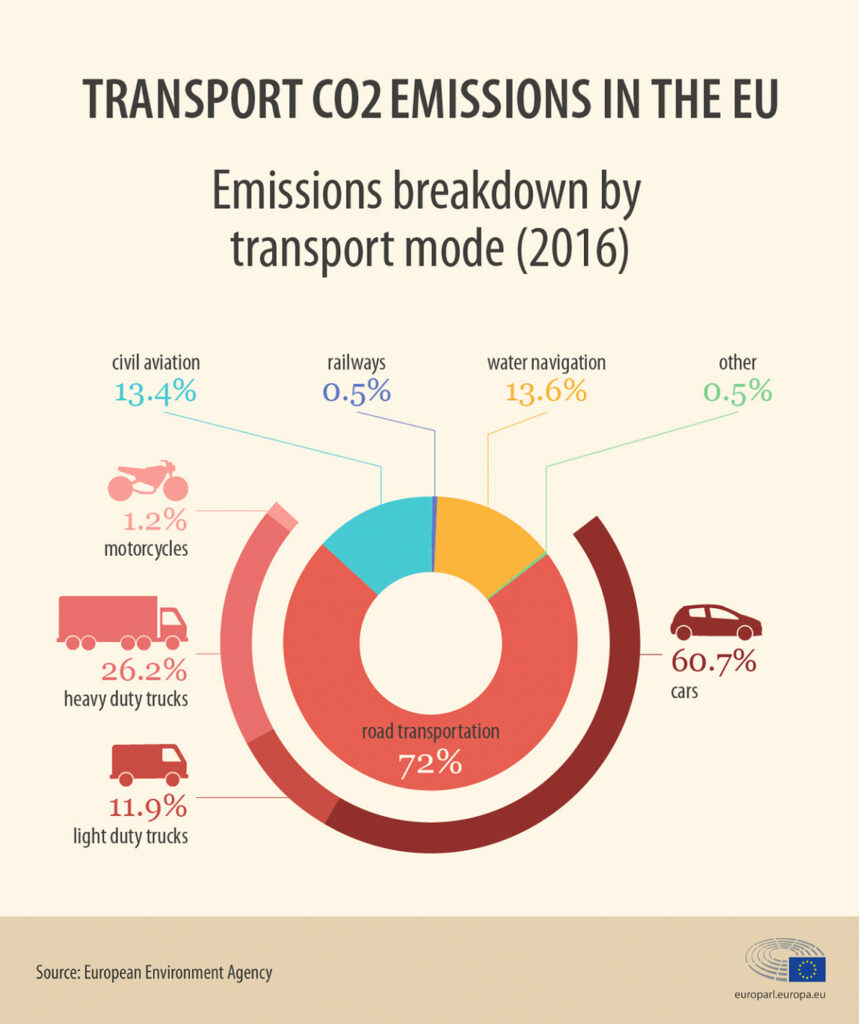 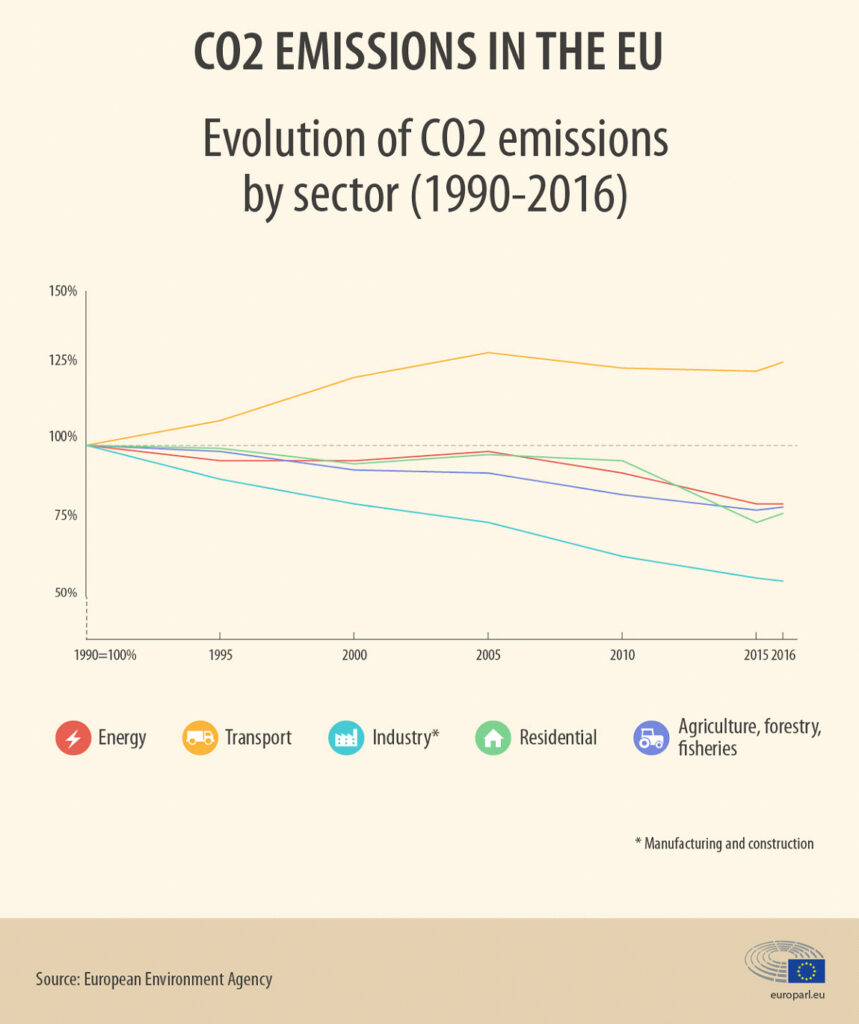 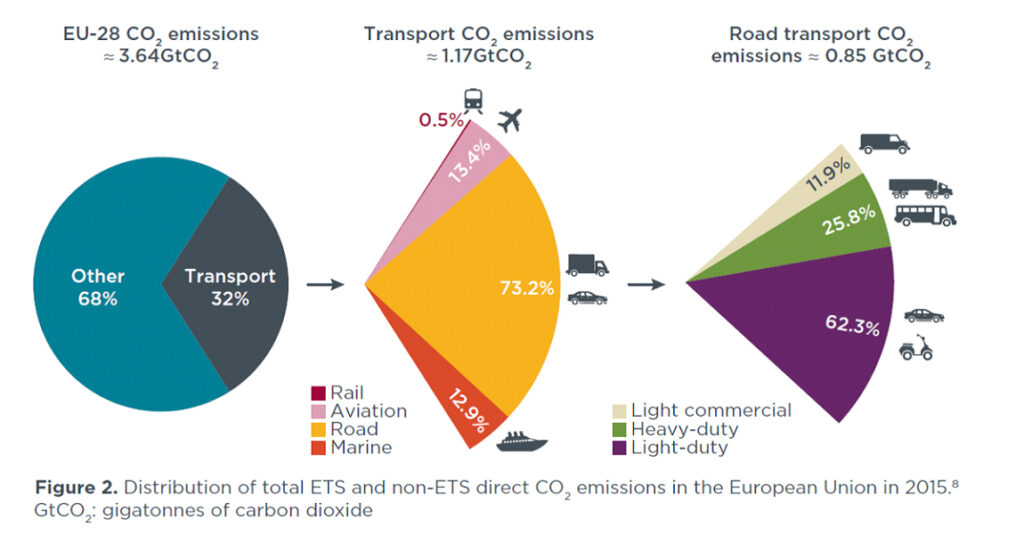